I've recently seen a multitude of cymbal stacks, mis-matched hi hats, 'choppers' and other "fx" cymbals that all sorts of drummers have been adding to their set ups. At first i was skeptical, why buy two expensive cymbals to stack when i can barely afford one? But I have since changed my mind after first watching Aaron Spears in a R'n'B/gospel sort of setting.

And session player Benny Greb in a rock/pop setting

I've completely changed my mind of effects cymbals. After deciding that i wasn't going to spend all my money of new cymbals i took a look at all the old cymbals i had knocking about that were either really cheap and sounded nasty or what are described as being mid-range and were too thick and brassy to sound good.

Naturally being an inquisitive person i took a thick Stagg 16" 'rock crash' and sanded it down using some thick glass paper. I also hammered it a little and buried it in the garden. It now it sounds horrible in the room, but put a mic on it and its the best sounding cymbal i have. 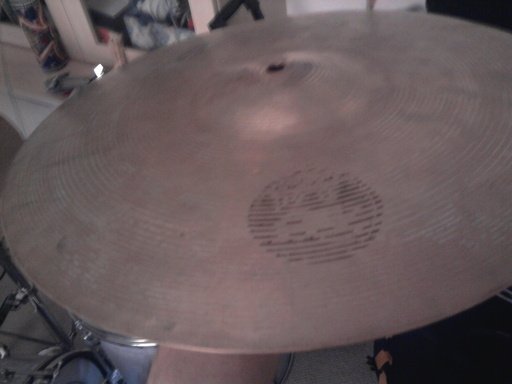 I also took a thick Zildjian ZHT bottom hi hat and put an old k splash on the top, it now sounds great as an auxiliary or 'x-hat'. 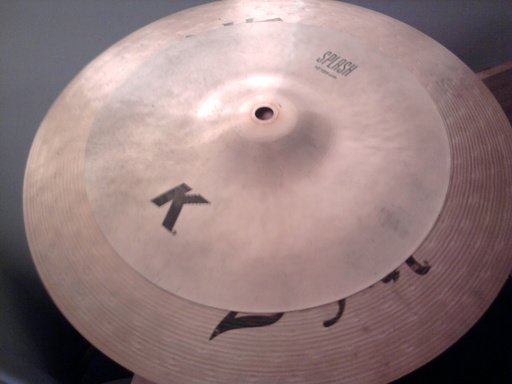 I've since tried placing a cheap Stagg splash on top of a horrible old solar Sabian beginner hi hat, it sounds equally as good. It's a little bit quieter and glassy but it's great for quieter venues or funkier styles. 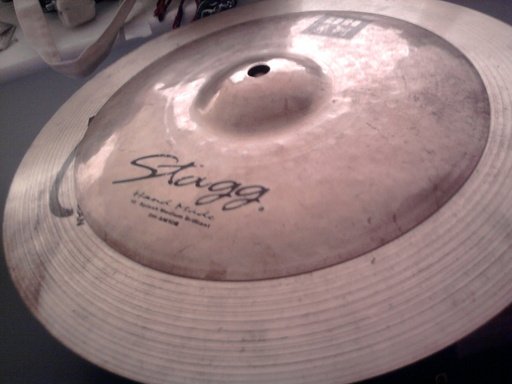 I've often wondered just why i kept all these old cymbals instead of just selling them on but this seems to be the answer, there's not always a need to buy really expensive top of the range cymbals to get the sounds you want.

Customising cymbals is more of an art form than an exact science but there are some general rules of thumb to bear in mind.

Stacked cymbals are one of my greatest discoveries. I've found some cymbals that when mixed sound like classic electronic cymbal sounds and also like washy riveted cymbals depending on what I've used. my particular favourite combination if a 14 inch hit hat with a 10 inch splash placed on the top, I've also tried a 16inch crash with the 10 inch splash, and both work great.

I know a lot of people like to stack china cymbals too, but as I've never really used china cymbals i haven't really had any experience with this, although the stacks i have seen sound like hand claps.

Just make sure the bell of each cymbal is compatible, different bell shapes mean some cymbals aren't compatible.

Cracked cymbals can be a heart breaker but I've heard countless cracked cymbals that have sounded shockingly like expensive vintage cymbals.

The best and cheapest way to save a cracked cymbal is to drill a hole at the tip of the split. This hole needs to be about 2cm or bigger in diameter, and it should stop the crack getting any bigger.

However you need to be aware that it will be weaker than i was before. just make sure when drilling you have clamped the cymbal into position and you start with a small drill bit and gradually make it bigger and bigger.

Some people resize cymbals and get them cut smaller when cracked but this can also work, but it is more expensive.

I've also heard drilled cymbals where the two cracked edges are in contact and it sounds like a riveted cymbal.

Just remember not to drill more than one hole, or else it'll be just as weak as having the crack.

Some people drill large half inch holes into cymbals, this essentially taking out some of the mass of cymbal. Drilled cymbals are slightly lower in pitch than non drilled ones and they decay quicker meaning the sound is shorter.

Make sure you start with as small and as few holes as possible and keep them symmetrical and even. 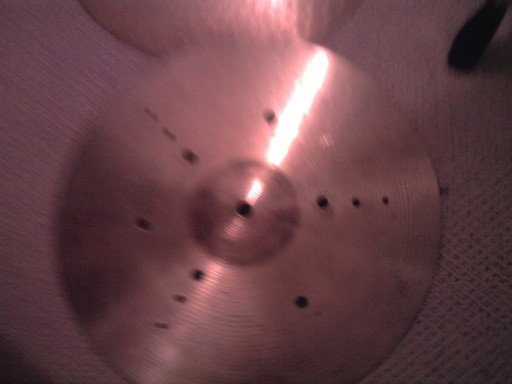 Drilling really well works for hi hats and crashes as it gives them a synthetic almost electronic sound. However i have heard drilled rides and I'm not a fan, purely because it takes away the essence of what a ride does.